We take a break from our regularly scheduled programming around our hands-on Articulate 360 training to bring you this special “post webinar” post! Whew, that’s a mouth full. Now on to the spice…we recently hosted a free 1-hour webinar on “Spicing Up Your Rise 360 Courses” back in June. During said webinar, participants kept our team busy with all their great questions. So, BAM! We’re bringing the spice to the blog this month as well. 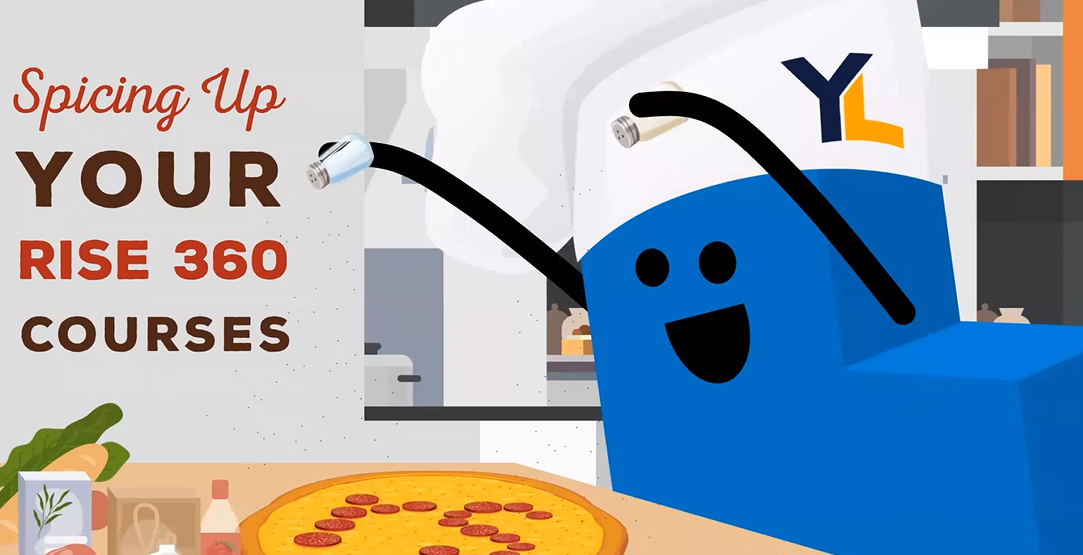 One way we love to add spice to our Rise 360 courses is through the professional icons, illustrations, and imagery available to us in Content Library 360. If you have an Articulate 360 license, you have Content Library 360 in Storyline 360 and in PowerPoint/Studio 360!

Whenever we’re developing a Rise 360 course, we always create a companion Studio 360 or Storyline 360 file. This allows you to leverage Content Library 360 and all of its amazing assets. In the “Spicing Up Your Rise 360 Courses” webinar in June, we used Studio 360. (Storyline 360 would have worked just as well, but Studio 360 is typically a tool more people are comfortable working in, if they are comfortable working with PowerPoint.)

Once you have Articulate 360 installed and open in PowerPoint/Studio 360, you’ll notice that you have a new “Articulate” tab on your ribbon. Select that tab and voila! You now have Content Library 360 available. A whole new world of icons, images, stock videos, and even slide layouts are now available. Amazing, right?

Are there a maximum number of blocks allowed in a block template?

OK, you may be asking yourself: “What’s a block template?” Um, only one of the best features of Rise 360 (in this gal’s humble opinion that is)!

Block templates allow you to create some spicy course blocks and then reuse them again and again throughout Rise 360. And it’s not just this course, but other courses you build in Rise 360 as well! I know, right? You can learn more about how to create and reuse block templates here.

I got so excited about block templates that I almost forgot to answer the original question! So, imagine this scenario: you’ve just built an amazing lesson and realize that the next lesson will follow really closely in its formatting or content type. Instead of rebuilding all those lesson blocks, why not save them as a block template and use that as your base in the next lesson? All that’s left to do is update the content and remove any blocks you don’t need.

So, is there a limit to the number of blocks you can save in a block template? Not that I have found…and believe, me, I have tried! 😊Block template away and reuse that amazing stuff you build!

What’s this _NOPROCESS_ image name all about?

This tip created quite a buzz in the webinar. Have you heard about the “_NOPROCESS_” addition to images or icons before? No? Well, you are in for a spicy treat!

Without getting too techie, Rise 360 uses some amazing compression techniques when you use imagery throughout your course, with the end goal of reducing your overall course file size when published. This can come in handy when you have learners in low bandwidth areas or have file upload limits on your LMS.

If you want to, you can learn more about image compression and quality here.

So, let’s say you’ve created a spicy icon with your brand colors in PowerPoint and want to ensure the colors aren’t compressed at all. This can be important when you must adhere to strict branding guidelines. In this case, just add _NOPROCESS_ to the name of the file (either when you save it OR you can rename it later in File Explorer). When you import this “_NOPROCESS_” version of the image into Rise 360, it’ll upload exactly as you saved it (i.e., without compression). Now that’s pretty spicy!

Will you be sharing a sample course that has all these examples?

Um, absolutely! All of the resources discussed and shown on the webinar are available in one handy dandy download for you here.

And as always, please feel free to leave us a comment or question below, and we’ll get right back to you. We promise you won’t get a salty response!

Your friend in spicy puns, 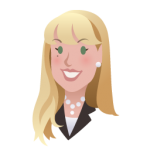