Motion paths are a terrific way to add movement and polish to e-Learning courses. We love the way they allow designers and developers to be creative! In this blog post, we’re answering the “as heard in training” question, “How can I trigger an object to move?” 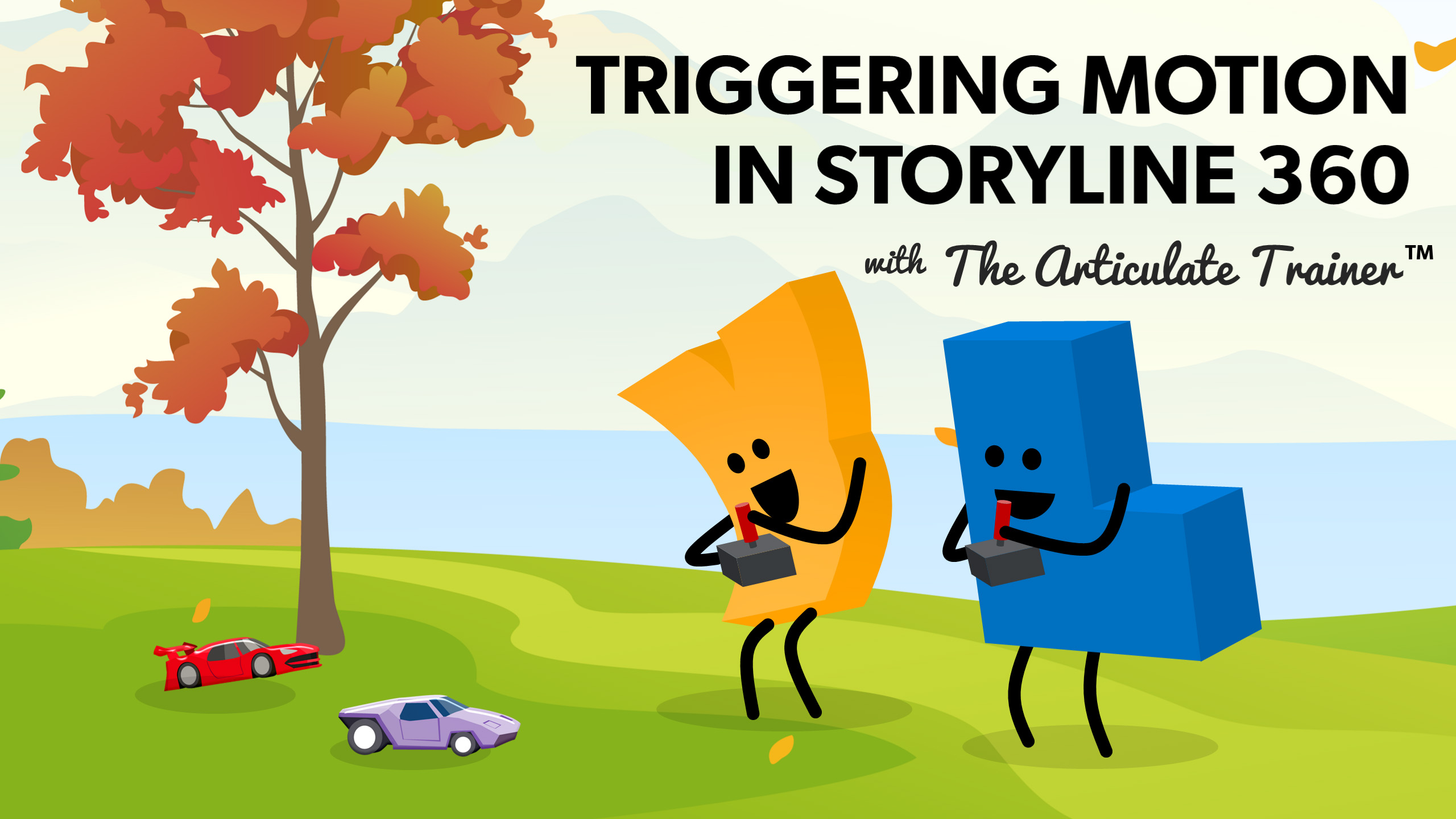 As you may have already noticed, when you add a motion path to your course, Storyline 360 creates a trigger for you. The reason for this is that triggers execute the actions in Storyline 360—and each motion path needs an action to work!

By default, the standard motion path trigger moves the motion path as soon as the slide begins.

Reading this default motion path trigger, we’ll find that the first half does not need updating. However, we will want to adjust the “When” portion, so that the motion path doesn’t execute immediately but rather, based on an action of our choosing.

First, select the trigger and then the Edit button (the pencil icon) at the top of the Triggers panel.

Now the fun begins! With the Trigger Wizard open, we’ll determine when we want the motion path to start.

While the options in Storyline 360 are endless, let’s check out three methods available…

Option A: When the Timeline Reaches a Time/Cue Point

Let’s say that you’d like to wait until a certain moment on the timeline of this slide until the motion path moves.

In this case, we’ll simply switch the “When” section of the trigger to execute when “the timeline reaches [your choice of time OR cue point].” 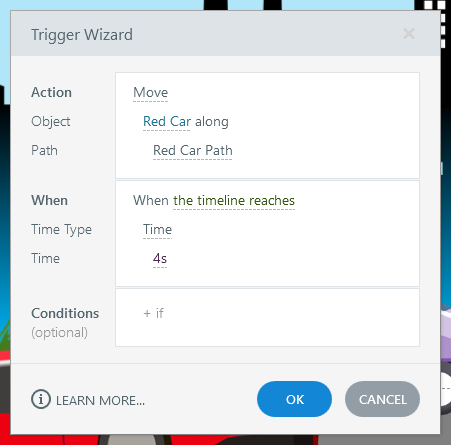 Tip: You could utilize cue points with your triggers instead, as cue points allow you to be extra precise with your timing. Plus, a simple click-and-drag of the cue point along the Timeline panel lets you quickly change when the motion path starts…without having to update your trigger!

Option B: When the User Selects the Object

To make this work, just change the “When” portion of the trigger to “When the user clicks [the moving object].” 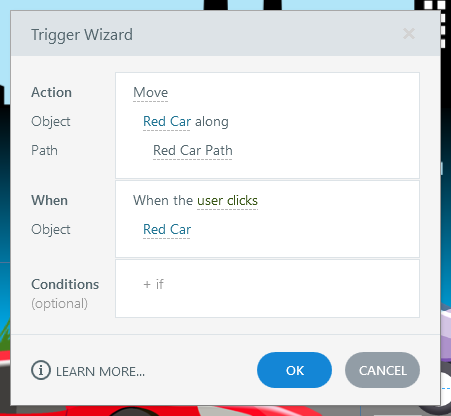 Option C: When the Learner Selects a Different Object

Finally, instead of selecting the object that has the motion path, you could have the learner select different object on the slide—like a button! The learner would select the button, which starts the motion path.

This time, we’ll change the “When” section of the trigger to when the “user clicks [the button].”

Hopefully, this provides you with something brand-new to try in your e-Learning development. And we’d love to hear from you…let us know in the comments section below if you have questions, if this blog post sparked new, creative ideas, or even to share your project in a Review 360 link! 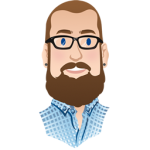