Do you have a static list of topics or key points on your slide? Want to make that list a bit more exciting?

Adding a bullet point that moves through the list can be a great way to add visual engagement to your e-Learning course! And it’s an additional activity we offer during our hands-on Storyline 360 training.

Consider the “follow the bouncing ball” technique. We can apply the same concept with bullet points on our slides to help learners follow along. So, read on and we’ll bounce through this “as heard in training” question: “How do I create a moving bullet point?” 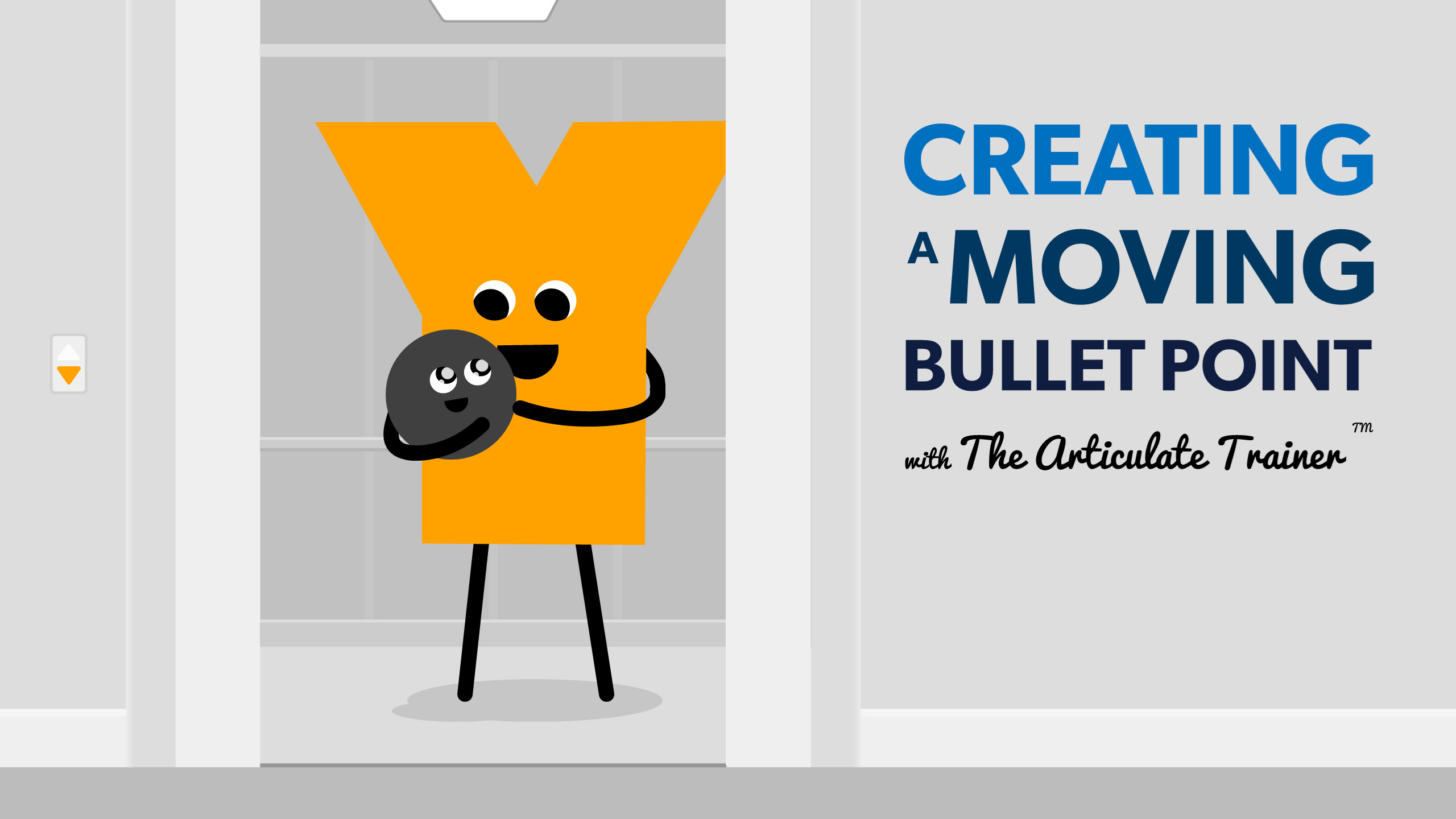 First thing’s first: We’ll use a motion path to move/animate the bullet points as each topic is spoken.

Next, we’ll enable the setting of “Relative Start Point” so the bullet moves along that same motion path when triggered…no matter where it left off before! If the bullet point is moving the same distance on each path, we don’t need to create multiple motion paths!

So, let’s bounce through the steps of creating a moving bullet point together!

We’ve provided an exercise file for you to practice the moving bullet point technique as we go through the steps below.

In this file, you’ll find a slide complete with audio, and a kayak icon (that will serve as our bullet point) for you to practice moving from topic to topic.

Now … Follow the Steps to Create a Moving Bullet!

Step 1: Preview slide 1.2 to note how the audio and animations play.
Step 2: Select the bullet point (which in our case, is the kayak icon).
Step 3: Select the Animations tab | Add Motion Path | Lines.

Step 4: Edit the name of motion path to “Kayak Path” (while you’re still on the Animations tab).

Step 5: Move the end position of the motion path and line it up next to your second Objective.

Step 6: Edit the motion path Duration to be 1.00 second or less (on the Animations tab).

Now, Go Ahead and Preview the Slide …

Do you notice how the kayak moves on the motion path, but begins at the top for each movement? We now need to make it follow the same path relative to its current position. That is, the Relative Start Point. So, let’s do just that!

Step 10: To make the start point relative, edit the Path Options (on the Animations tab) and select Relative Start Point.

Feel free to select here to download and compare your work to the completed version!

Now that is some nifty motion! Will you use this e-Learning development technique? If you have thoughts or questions, leave us a comment in the comments section below or reach out to us directly. And if you’re interested in this topic, check out the following posts from Articulate and The Articulate Trainer blog:

How Triggers Work When Moving or Deleting Cue Points

How Can I Trigger an Object to Move?

I hope this idea moves you to adding a little animation to your lists and key topics! 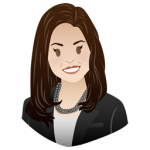