At Yukon Learning, we love opportunities to share and teach tools like Articulate Storyline 360. We get to experience the excitement from new Articulate 360 developers as they realize the options available to them—and sometimes feelings of intimidation. Storyline 360 can do so much… How do I know which triggers are best?

Fortunately, the Storyline 360 interface is intuitive, and we’re here to help explore it. So, read on for one of our common as-heard-in-training questions: “How Do I Use ‘When the Variable Changes’?”

Utilizing the trigger element of “When the variable changes” has much to do with the “When” portion of the trigger.

Consider the literal definition of the word “when.” Time is the crucial element when defining “when.” It occurs at a specific time or circumstance. Think back to a time when you weren’t there for something neat and totally missed out. (I guess you had to be there!) Similarly, “When the variable changes” needs to be in the right place at the right time.

Take this demo, for example.

In this example, the student is asked to create a list of safety concerns. Once one item has been added, we will display the next data-entry field on the slide.

There are several data-entry fields on the slide that we’ve covered up by shapes. The states of these shapes are triggered to change to hidden only after the user has entered some content. In this case, the most effective solution is “When the variable changes.” 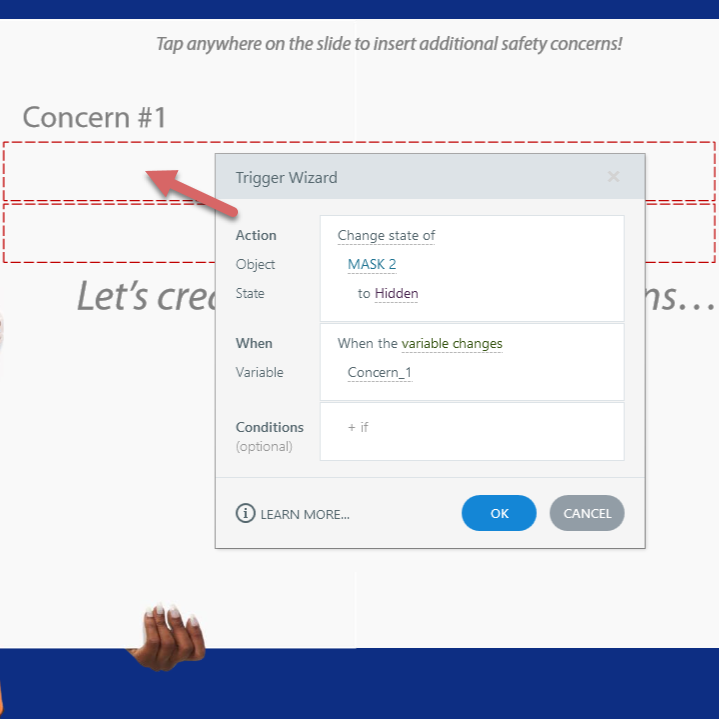 Since we have not left the slide, we’re meeting both requirements of being in the right place and at the right time.

If the action that you want to occur and the changing variable are on the very same slide, everyone is on the same page, and all is right with your Storyline 360 e-Learning.

However, what if you do need the variable to change on a different slide? You might instead use the following trigger: when the timeline starts on this slide with the condition that the variable is equal to the value you’d need it to be. This works because we know the variable has changed (even if on a slide far, far away) and that the “When” element will execute when we need it to. 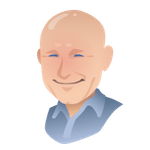