During our Articulate 360 training sessions, we have lots of fun creating and editing professional-quality training videos with Articulate’s intuitive screencast tool, Replay 360. 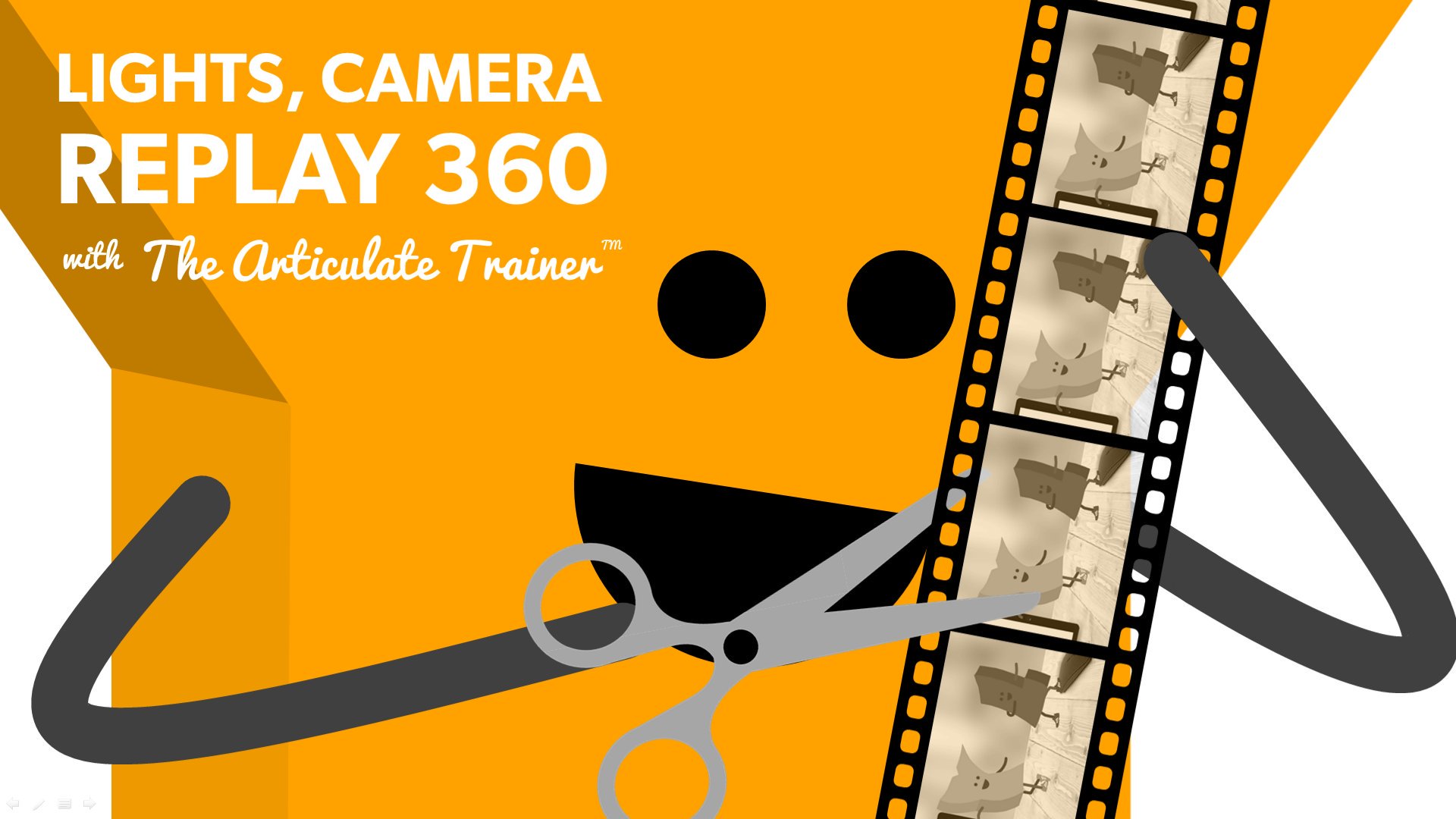 When working with Replay 360, I’m often asked about creating a fade-in or fade-out effect for the beginning or ending of the video. Although there is no built-in “fade-in/out option” in Replay 360, it’s relatively easy to create, and can really add a nice touch to your training videos. Let’s take a look!

Once you’ve launched Replay 360, record your video or insert an existing video into the project using the Video button, and then save the project with a new name.

Now, insert a picture of the color black using the Image button. This is what we’ll use as the fade object.

Tip: You’ll need to create this black fade image ahead of time. You can do so in Storyline 360 by inserting a black rectangle, and then right-clicking to save it as a picture (see below). I’ve done this with both a 4:3 and a 16:9 aspect ratio, so I can have a fade-in or fade-out effect for different sizes of videos.

Once inserted into Replay 360, the black image will be placed to the far right of your video. Be sure to drag the video aside to make room for the picture, and then you can drag this black image to the front of your video on the timeline. Once the black picture is at the beginning, drag the video toward it until it is overlapping the black image enough that you see the diagonal transition line. This diagonal line indicates there’ll be an automatic fade transition between the image of black and the video (below).

Tip: You can adjust the length of time that the fade shows by dragging from either side of the black picture on the timeline (below).

Do the same thing for the end of the video with another inserted image of black, or any other image you’d like to fade out to, like your company logo. You can now preview the video to see the cool new fade in and fade out effect!

The last step is to publish the video either to an MP4 file or to Review 360 using the Publish button. From here, you can now use your new video in any project.

Although it’s a subtle addition, the fade-in/fade-out effect softens the start and end of a video, making it more pleasing to the viewer. And, makes you look like a video editing superstar! Let us know your thoughts or questions in the comments below, and good luck!